– On 1 September, Ukraine’s Ivan Bohun Kyiv Military Lyceum marked its first day of studies, welcoming female cadets for the first time since it was founded. The school now accepts girls from the age of 13 to pursue military education following a new gender equality policy implemented by the Defence Ministry. 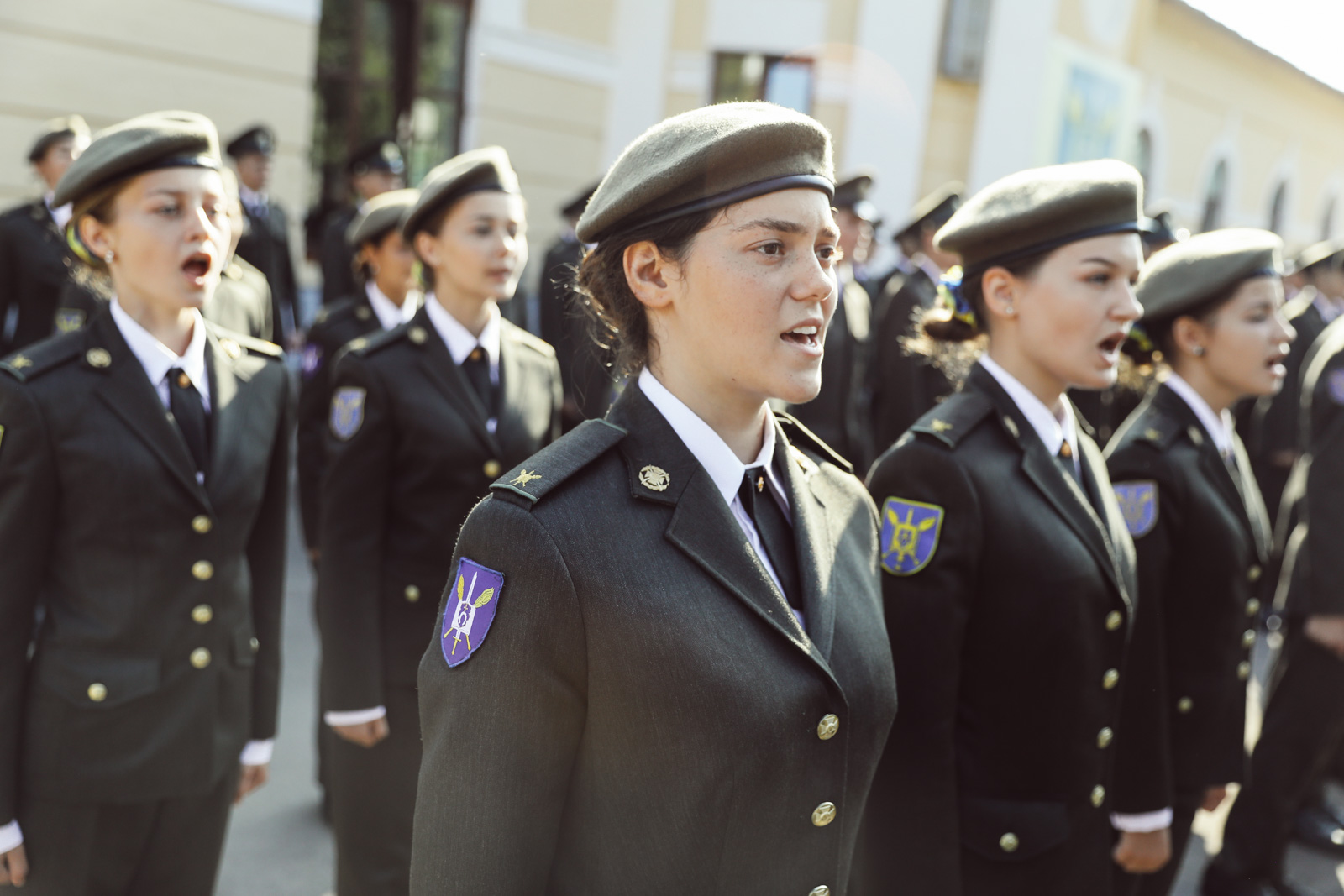 Cadets of the Ivan Bohun Kyiv Military Lyceum take part in a ceremony marking the start of the academic year on 1 September 2019 in Kyiv. Photo by Oleg Petrasiuk.

– On 3 September, the Ukrainian Parliament voted with an overwhelming majority to lift MPs’ immunity from prosecution, which has been guaranteed by the Constitution for over 20 years. The proponents of the move, including Ukraine’s President Volodymyr Zelensky, believe it will keep lawmakers from abusing their powers, since the Parliament remains one of the least trusted institutions in the country. At the same time, critics note that the measure could leave MPs exposed to politically motivated prosecutions and sway the balance of the separation of powers.

– On 7 September, Ukraine and Russia swapped a total of 70 prisoners following prolonged negotiations. Among the 35 Ukrainians brought back from Russian jails were filmmaker Oleh Sentsov, who had been falsely convicted in 2014, and the 24 sailors captured following the Kerch Strait incident (read more about the latter in our December 2018 and May 2019 editions). Those freed by Ukraine included Volodymyr Tsemakh, suspected of being involved in the 2014 shoot-down of the Malaysia Airlines flight MH17 over eastern Ukraine. The government of the Netherlands, investigating the downing that led to deaths of 298 people (including 196 Dutch nationals), said it “seriously regrets” the release of Tsemakh.

– On 15 September, Ukraine’s second-largest city of Kharkiv gathered an estimated 2,000 people in its first ever pride march. The event was held despite vocal protests of Kharkiv Mayor Hennadiy Kernes and threats from far-right and conservative groups. A smaller anti-LGBTQ protest was held near the march location, and right-wing demonstrators were reported to have clashed with the police, with 17 people detained.

– In a 21 September report, the Wall Street Journal claimed that the US President Donald Trump during a July phone call “repeatedly pressed” his Ukrainian counterpart Volodymyr Zelensky to probe the former’s 2020 election rival Joe Biden and his son. This was confirmed on 25 September when the White House released a memorandum summarising the conversation, a day after the US House Speaker Nancy Pelosi said she was opening an impeachment inquiry. The House will also investigate claims that Trump threatened to withhold military aid to Ukraine to prod Zelensky into investigating the Bidens. The Ukrainian president noted that the conversation had been “good” and “normal”, and “nobody was pushing” him.

– On 29 September, Ukraine’s main journalists’ union issued a statement demanding a formal apology from the president’s office, after Yulia Mendel, Presidential Press Secretary, was seen on multiple occasions shoving journalists attempting to approach the president. In a recent case, she pushed aside RFE/RL’s Serhiy Andrushko as he was trying to ask President Zelensky a question near the entrance to the latter’s official residence. “The press secretary of the president has no right to physically interfere in the work of journalists,” said the head of the National Union of Journalists of Ukraine Serhiy Tomilenko. “Journalists shouldn’t have to put up with behavior associated with either friendly hugs or shoving and pulling.”

Sasha Mishcheriakova holds a Master’s degree in the CEERES program from the University of Glasgow, Scotland. Her dissertation research focused on the politics of memory and attitudes to historical events in Ukraine. Her interests include human rights and multilingualism in post-Soviet states.

lossi36
Lossi 36 is a media project rallying people who are passionate about the post-socialist states of Central and Eastern Europe, Russia and Eurasia.
Regions
Monthly Digests
About Us

Protests over early parole to murder-convicted Australian and controversies over the upcoming election of the new Prosecutor GeneralBalkans, News